Update: We made Projector For LWRP that makes Projector component work with LWRP! If you don’t want to use it (or if it doesn’t work because of LWRP version), below is still your option.

As of Unity 2019.1.09b, Scriptable Render Pipeline (including Lightweight Render Pipeline) does not support Projector. However, shadow receiver objects can render projector shadows onto themselves regardless of Unity support by following the additional steps below: 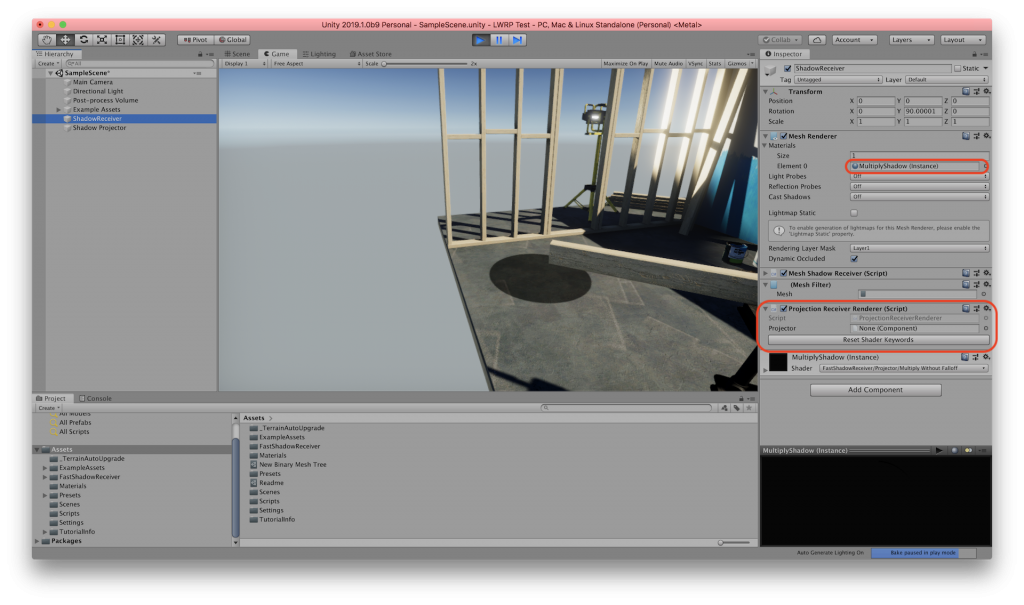 Since Projector does not work in Scriptable Render Pipeline, there is no reason to use a Projector. So, optionally, you can replace Projector with CustomProjector (in FastShadowReceiver/Scripts/Projectors folder), which does nothing other than just providing projector interfaces for a shadow receiver.

2 thoughts on “Use Projectors in LWRP projects”