If the large environment object in your scene has non flat surface, these two receivers are suitable to be used.

Images below are examples of both methods. In these examples, the environment object is a terrain. The left image is using MeshShadowReceiver, and the right image is using RaycastPlaneShadowReceiver. As you can see, MeshShadowReceiver can make a mesh which perfectly fits the terrain surface. On the other hand, the mesh created by RaycastPlaneShadowReceiver does not fit the surface, since it is just a rectangle polygon. If the surface was concave, the rectangle polygon would intersect with the terrain surface. 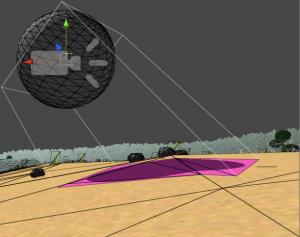 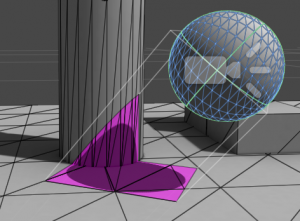